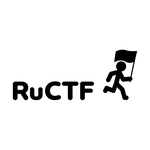 We've had a blast at the conference and the CTF.

The whole thing began at the airport, where the organizers waited for us with big smiles and a shuttle bus to our apartments. They were very friendly and welcoming, answering each and every question we could possibly think of. Also, they gave us some chocolate ;)

There was a minor inconvenience with the elevator (we, including a claustrophobic team member, got stuck for an hour) but we got through it without a major mental breakdown, which speaks volumes of the preparedness of the organizers. After a well-deserved and long rest, we headed to the conference to attend the talks of the nice folks from Shellphish. We finished the evening with some vodka, a nice dinner with some heavily fart-inducing food and some sleep by open windows.

On to the second day, we started off with some traditional Russian foods from the food-court of the neighboring mall. After finishing our Subway meal, we headed to the competition, which was held at the scenic Boris Yeltsin convention centre. All the teams were seated at their own tables with all the needed equipment already prepared. Too bad, there was no vodka but we came prepared and brought a bottle. At twelve o'clock there was a nice lunch which provided a nice opportunity to score some cranberry juice to chase the vodka. We had some dispute with the photographers of the event but those were resolved in a peacely manner with minimal yelling and cursing.

If I remember correctly, we achieved the prestigious third place. This was a nice surprise, considering the amount of cranberry juice consumed.

The after-party was held at a well-known place with open bar at 9pm sharp. We arrived fashionably late, 11pm-ish and decided to follow the advice of our volunteers to grab some vodka and chasers from the nearby liquor store and head for a park. We have seen some of the landmarks of Ekaterinburg, including a real meteorite site and the breathtaking giant keyboard monument. After taking a sufficient number of selfies with these sights, we decided to head back to the bar to experience the plethora of different local drinks they had to offer. We finished the evening visiting a number of other bars we have no actual memory of, except those amazing vodka shots with pickled fish chasers.

On Monday, only the shame and the taste of pickled fish remained.

We would like to thank everybody involved in organizing this wonderful event, our volunteers, Andrei and Ariadna, were enthusiastic and welcoming. Also the organizers did and amazing job.

Overall, this was a great CTF experience, 10/10, would come again.

See you next year!