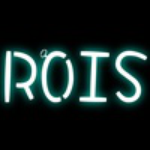 RCTF 2015 and the 2nd XCTF Fuzhou trials is organized by Fuzhou University Information Security ROIS team. As the opening match of XCTF 2015-2016, RCTF will be a forum to serve the community for sharing technologies in order to improve our performance. The RCTF in this year is consist of the on-line question test in the preliminary round and the tournament in the final round. Through the preliminaries round by Jeopardy mode for total 36 hours, the line top six domestic teams and four international teams will be determined. These winners joining with the top three winners of 2015 "Strait Cup" university network security competition (i.e. total 13 teams) will go to the final round which will held Fuzhou, a beautiful city at the east coast of China. XCTF is always committed to building the competition internationally.RCTF strongly supports the strategy by inviting the cybersecurity teams not only from the mainland China, Hong Kong, Macao and Taiwan regions but also other teams from Southeast Asia, South Asia, West Asia, North Africa, Europe and any country along "Marine Silk road ". The final winner of these 13 teams will have the 1st seat to enter the XCTF 2015-2016 final round

what time they start sire.