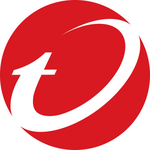 
In our mission to make the world safe for exchanging digital information, we are launching CTF 2017 Raimund Genes Cup. It’s a cybersecurity competition that combines online qualifier and on-site finals. Top ten teams from the qualifier will enter the finals, hosted in Tokyo in November 2017.

Program: Attack and Defense
Teams are given their own environment to attack and defend against each other.

Top ten teams from online qualifier will be eligible to join the final to be held in Tokyo on November 11-12 2017.

The top three teams from the final will claim the following prizes:


FIRST PLACE:
- JPY1,000,000 (approximately USD9,000) for the winning team
- ZDI Reward Points 15,000 points per player (equivalent of ZDI Bronze) for each member of the winning team, including 10% automatic monetary bonus on all vulnerability submissions over 2017, 10% ZDI Reward points multiplier on all vulnerability submissions over 2017, and one-time bonus of $2,000
- Automatic qualification for HITCON CTF 2017 Final to be hosted in Taipei in December 2017


EXPENSE COVERED BY TREND MICRO FOR TOP TEN TEAMS FROM ONLINE QUALIFIER
- Three night accommodation for the duration of the event (accommodation arranged by Trend Micro)
- Travel expense for a maximum of JPY200,000 (Approximately USD1,800) per team (conditions apply)