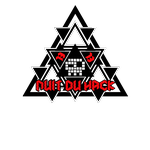 About the qualification round, it will be jeopardy-style (crack and paste the flag) challenges, with a standard scoring system. Detailed rules and registration will be published 1 week before the challenge. Be ready to join us!

Sysdream will offer the top 3 teams an additional set of 5 free tickets provided access to the "Hack In Paris" event, held in Paris from June 27 to July 1st (more information on the event's website).

It looks like the time on CTFTime.org is incorrect.
According to both https://www.nuitduhack.com/en/quals.html (1) and the description above (2), it's +2h vs what's on CTFTime.org*:

And here we are - the team who was accusing others for votes manipulation (hey p4!) - start doing the same ;>.
VolgaCTF - you give 5pts 'cos "There were too many programming challenges. Why to solve labyrinths or tic-tac-toe at an info-sec ctf?".
Pwn2Win - you give max points - even half of CTF was programming and phys.

Yeah somebody really has to revisit the public voting. I feel like it is solely used for getting a more favourable rating on CTFtime, not at all for subjectively rating the CTFs. Maybe we should consider having two ratings: one for actually computing the CTFtime rating of the event, which is established before the CTF and does not change and one for the actual perceived rating the CTF should have, which we can use for the initial rating in the following year.

@str str - Don't waste my time dude. Volga got 17 pts from p4. Please learn math (and maybe physics as it was your weak side at pwn2win).

By giving 60 pts to NDH you make them equal to BKP (2 days long, no guessing, defcon qual, also 60pts). With this way of thinking it should be also a defcon qual the next year (or already this year ;-)).

It seems we are not the only ones who consider tasks guessy: http://pastebin.com/SEYW8iYs http://pastebin.com/W0282Xsj http://pastebin.com/eZ1zge3E - fair points are raised here - there are hundreds of potentially interesting files (config files, repositories (but not just git, Mercury and others are possibilities too), (admin|login|user|config|backup).(php|html|htm) and so on - and in this task they used git instead of .git which again doubles search space). With such a huge number, the searching ("guessing") is dangerously close to brute forcing and dirbusting. If there was a hint in the task description, pointing us in a correct direction (even just one word "repository"), this would be drastically less of an issue.

This was definitely one of the worst tasks on this CTF, but some others were pretty bad as well. Take stegano sound as an example: looking at spectrogram of the sound is pretty obvious, but then those dots that appear can mean anything. We wasted literally hours looking at patterns in 0's and 1's after transcribing them, only to find out after CTF's end that those were Braille digits, which in turn had to be interpreted as key presses for SMS on physical keyboard of phone. Even then, the password was, as far as I know, gibberish. WTF. This was already a far reach - but if this gave at least a non-gibberish word or sentence as the result, I could understand it. BUT, with no feedback, one has to submit flags to see if it was correct - and then again, we have to worry about the flag format: is it upper- or lowercase, does it have NDH[xxx] or NDH{xxx} around or not and so on. Lack of CONSISTENT flag format (well, it was stated in rules, but most tasks ignored it) did not help.

Some tasks were good - probably even most of them. But tasks such as those I described above seriously impact perceived quality of the CTF as a whole, since they simply waste time for nothing.

About our scoring for other CTFs: we have more than one person in our team, and different people obviously like different tasks. I, for example, voted "green" level of points for both Volga and Pwn2Win, even though we didn't do so well at Volga. The person you quoted for giving 5 points at Volga did not vote on PWn2Win at all.About SSCTF: we didn't have "calibrated" voting judgment back then, sorry ;) Now, I wouldn't givve it more than 5.

@{str str} there is no such thing as "team voting" in our case. We don't have some kind of "party discipline". Each one of us votes independently how he felt about the CTF. So no, "we" didn't vote Volga at 5p. One person voted 5p while I for example voted 25p. Why so different? Because I didn't work on all the tasks. I grade the CTF judging by what I've been working on, and so does the others. The same goes for NDH - someone did more guessing chals and votes 10p while someone else got to work on less guessing stuff and votes more. So in the end this "evens out" for us. Pwn2Win got a lot of points from us because there was no guessing involved, and there were enough tasks so that no-one got stuck with something he didn't enjoy.

And seriously, this was a 24h CTF like Insomnihack teaser (20p) and people vote it to get 60p, this is madness, especially when compared with for example 0CTF which ended-up with 41p.

This vote thing is really killing joy of ctfing.

Didn't expect such a ton of text. Anyway, that's gonna be my last message on this topic (no matter what your response will be and no matter how Chris Smith will try to insult me again :) ).

1. Please stop comparing Insomnihack teaser to other CTFs. Rating on Insomnihack teaser wasn't enabled. If it was - I'm sure it would have more points. Moreover, I really doubt, that the same Org is able to create two CTFs on totally different organisation and task difficulity level during the same year. If you wanna compare new CTFs, with old ones (without voting option available), why your vote for Insomnia onsite isn't similar to the teaser one? (I've checked writeups for that one, maybe even the onsite CTF was a bit better, it's still [teaser] 20pts vs [your onsite vote] 45pts)
tl;dr: p4 - please stop comparing CTFs when it suits you.

2. Chris Smith voted for VolgaCTF, with 5 points and pointed out, that it deserved only 5 points, 'cos there were too many programming challs. But, based on your writeups, he also played Pwn2Win (which you won, gz btw!). Why didn't he vote there with exactly the same argument? Maybe he didn't want to decrease rating points? :)
tl;dr: p4 - please stop voting only for events when it suits you.

3. Cool, you gave me three nicknames, that were complaining about 'guessing'. I'll give you stats, how many people solved that challenge (hint: more than 3). Anyway, c'mon. Even googling for "the shittiest dictionary for dirbuster" will return .txt with /git (and ./git). Most of the Orgs don't allow dirbustering. NDH allowed that (they clearly said, that we can use whatever we need). Moreover, srsly, a few tasks, which-were-guessing-in-your-opinion have a huge impact on your vote, but when CTF (Pwn2Win) had got half of non-infosec related challenges, you just max'd it? Don't be kidding me :).
tl;dr: p4 - please stop manipulating which challenges have influence on CTF rating, when it suits you.

4. I dont want to be anyone's lawyer - but some days ago, you were attacking other teams as they were supposed to perform vote manipulation. And it backfires. You have merged with so many teams, that I've lost count who is who, and honestly - have no time for playing 'Sherlock Holmes hunting for hypocrisy'. But, by observing your invidual votes - for me, it looks clearly like vote manipulation.
tl;dr: p4 - please stop redefining "vote manipulation" when it suits you.

P.S. I'm personally very happy that team from my country has collected so many team members and most important - encouraged mostly all of them to find so much time (that's the hardest part which deserves kudos - we've never managed to do that) to play CTFs, that you are in TOP4 right now. But please, don't destroy your dignity and don't trap yourselves in hypocrisy - that't the stuff we don't want to have on CTF scene. Cheers!

I'm sorry to spoil the page from another event with this discussion, but just a quick answer to @str regarding our event: Pwn2Win had 1010 total points of PPC+PPC-M+Physics challenges. Other categories summed up 4020 points, i.e. you could argue 20% of the CTF was about non-infosec subjects (and not half the CTF, as you say).

However it was very clear from the event description and rules that the CTF would include the Programming and Physics subjects -- these were intended to attract Brazilian students which did not have previous contact with CTFs but did participate in the ACM programming contest, which was a very successful strategy for this purpose.

Maybe the Programming / Physics challenges disappointed players which do not like these categories, and got them unmotivated to solve the other 80% of the CTF. However, it is hard to please everyone: we also had lots of other well-established teams who liked the categories.

BTW, expect for infosec-related Physics in the next edition ;) Hope to see you there.

04:24 < dmns> can i dos challenge by bruteforcing?
04:26 <@kaiyou> dmns, you cannot, at least you should not, bruteforce is (very) rarely necessary

So no, dirbusting was not allowed, as you imply.

@str str There is no need to take the comments personally or write daily poems here. We know the voting system is not perfect, but the only one proper way to get around it is to keep getting high places, which (as an StR fan) I truly wish you.

For me it doesn't seem right that ranking points can change so much after competitions are over. I think it would be a better idea to vote for the ranking of the next edition of a given ctf (assuming organizers remain the same). So teams wouldn't know how they will perform in the future edition and votes/feedback would be more honest. New events without prior history would get for example 10 points (or 20 points if organizers are among top 10 teams, or more if it's a def con qual). So there would be 1) a need to build long term trust by the organizers, 2) good feedback unrelated to team position, 3) better competitions next time.

Thank you everyone for your feedback. The results were just uploaded, waiting for them to be published. Congratulations again to top 10 teams, please let us know if you spot any mistake in the results or dashboard.