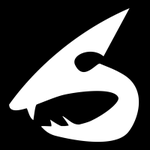 The Shellphish iCTF contest is multi-site, multi-team hacking contest in which a number of teams compete independently against each other.

In traditional editions of the iCTF competition, the goal of each team is to maintain a set of services so that they remain available and uncompromised throughout the contest.
Each team also has to attempt to compromise the other teams' services.
Since all the teams have access to an identical copy of the virtual host containing the vulnerable services, each team has to find vulnerabilities in their copy of the hosts and possibly fix the vulnerabilities without disrupting the services.
At the same time, the teams have to leverage their knowledge about the vulnerabilities they found to compromise the servers run by other teams.
Compromising a service allows a team to bypass the service's security mechanisms and to "capture the flag" associated with the service.
These flags are then presented to the organizers as "proof of compromise" to receive "attack" points.
The teams also receive "defense" points if they can keep their services functional and uncompromised.

At the end of competition, the team with the most points wins.

UPDATE: Apologies, due to technical reasons we have to postpone this event to December, 3rd. We are committed to providing you guys with a fun game with cool challenges, however this is not possible at the current time.

Hopefully we can have the time of the event changed on CTFtime soon, in the meantime, we ask for your understanding and hope you enjoy our game in December :)