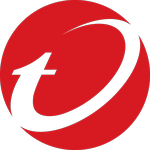 Overview: IT environments are shifting from traditional physical environments towards virtualisation, cloud and IoT (Internet of Things). In addition to traditional business environments, various systems including industrial control systems and smart devices are connetcted to the internet. On the other hand, with no boundaries on the internet, cyber attacks are becoming increasingly damaging and critical.

Trend Micro CTF is a CTF event hosted by Trend Micro, a global leader in security software and solutions with the vision 'a world safe for exchanging digital information’.

Trend Micro CTF 2016 combines online qualifier and on-site final. Top ten teams from the qualifier will automatically qualify for the final, hosted in Tokyo in November 2016.

Challenges include not only orthodox categories such as ‘binary analysis’ and ‘packet analysis’, but also ‘targeted attacks’, ‘IoT’ and ‘SCADA’ to reflect the current and future business IT environments.

Top ten teams from online qualifier will be eligible to participate in the final event hosted in Tokyo on Nov 19-20.

The following prizes will be presented to the top three teams in the final event hosted in Tokyo:

Apologies for the confusion.

Mixed feelings, some challenges were insteresting, but some were not. Lack of official IRC channel and short web session timeout were very annoying. Also, no flight tickets refund for finals :(