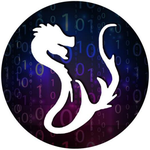 Competition Information
SUSCTF is a Jeopardy-style Online Capture The Flag Competition presented by SUSr. The contest is opened to all participants around the world. Teams can compete from any location. No restriction on the number of participants of any team.
The Champion Team of SUSCTF will be invited to The Finals of the 7th Edition of XCTF(the location/date subject to change, qualified teams will be informed when the Finals location/date is confirmed).
Other teams can also get the cumulative points to compete for other slots to The Finals of the 7th Edition of XCTF.

Score and Ranking
· In most cases, flags are of format SUSCTF{this_is_a_sample_flag}. Please submit the entire flag, including SUSCTF{}, for score. If flag is in other formats, it will be clarified in the challenge description.
· The score of each challenge will be dynamically calculated according to the number of solved teams.
· Final ranking is determined by the total score of each team. In case of multiple teams with equal scores, the team that reached the score earlier ranks higher.