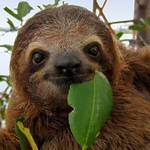 is sign up open, how do we signup for this ctf?

There isn't one...or maybe that is the first flag.

Sure would be nice to register for this CTF ...

Slack is the new irc

I'm getting the following error when attempting to join the slack group:

It looks like you’re trying to accept an invitation to join this Slack team, but this invite link has already been used by the maximum number of people allowed.

Good to know -- one moment while we make a better fix.

slack is temporarily lame, #hackerswhoblaze on freenode is an option now

We are delaying the start time of the CTF -- see the countdown on the homepage for when the signup page and challenges will go live.

Theoretically https://blazeit.stamplayapp.com/ should let you signup for the slack, but #hackerswhoblaze on freenode is bridged with it.

what is the good countdown lol ?

Is this another of those shitty indian CTFs? need to have a function on ctftime to hide those

well I guess first challenge was to figure out where the signup was lol :D

the ctf domain not working anyother way to signup?

@blueberryinfosec it's over so why would you want to sign up? o_O

Surprisingly this CTF had actually a couple of interesting tasks. There were only a few tasks in total so it could have been a 24h teaser, but other than that it was fine. I guess a lot of people didn't take it seriously because it looked as totally disorganized and tasks like "0day for firefox" made it look even worse. In reality it was pretty good and the tasks were of decent quality and difficulty.

+1 on the actual quality of this ctf. the challenges were very difficult and satisfying to look at.

A joke CTF with serious challenges is a brilliant idea.